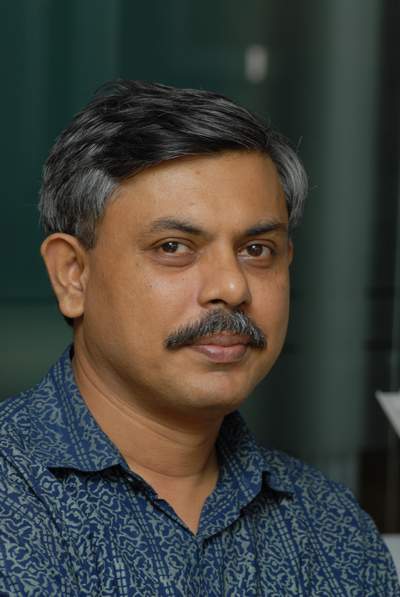 Author Name: Anisul Haque
Author Category: Bangladeshi Author
Born: 4th March 1965
Occupation: Author, Editor, Journalist
Education: BUET (BSc in Civil Engineering)
Nationality: Bangladeshi
Ethnicity: Bengali
Award: Bangla Academy Award, Mozammel Hoque Foundation Award, BACHSAS Award etc.
Author’s Biography: Anisul Hoque is Author, Screen Writer, Dramatist and Journalist. Now he is deputy editor of Daily Prothom Alo. He wrote the Novel “Ma” (Mother) describing the liberation war of Bangladesh which is so much popular. The book is also translated in English and Waray Languages. Anisul Haque was born on 4 March 1965 in Nilfamari District, Rangpur, Bangladesh. His father was Md. Mozammel Hoque and Mother is Mst. Anwara Begum. His first school was Rangpur PTI primary school. Anisul Hoque passed SSC from Rangpur Zilla School in 1981 and passed HSC exam from Rangpur Carmichael College in 1983. The Author obtained Bachelor of Science Degree in Civil Engineer from Bangladesh University of Engineering and Technology (BUET). After graduation Anisul Hoque passed the Bangladesh Civil Service Examination and joined in Bangladesh Railway but he resigned after 15 days of jobs. During his student life he was inspired in writings and journalism. He started his journalist career as co-editor in weekly Desh Bandhu Magazine in 1987, as Executive Editor of Weekly Purbavash Magazine in 1989. Then he joined in Daily Vorer Kagoj in 1993 and in Daily Prothom Alo in 1999. He is very interested in novel, stories, column, poem, essay writings. His wife is Marina Yasmin and they have a daughter named Padya Paramaita.

To get all books of Anisul Hoque, you are needed to click here!